After a couple days in Paris, a day in Brussels, and a day touring the Belgian country side looking at horses, we were finally to the main purpose of our trip: the sBs stallion selection show. For those who don’t know, sBs is the Belgian Sporthorse studbook. Despite being one of the smallest warmblood registries it still ranks #3 in the world for show jumping – pretty damn impressive for a humble little studbook in south Belgium when compared to all the glitz and glamour of the “big guys” like Hanoverian, Holsteiner, KWPN, and Oldenburg. Wondering what sBs horses you may have heard of before?

Anyway, you get the point. Small registry, big quality.

Their stallion approvals every year are held in conjunction with a stallion show. This is awesome if you’re a spectator because not only do you get to see the young stallions that are being presented for approval as breeding stock, you also get to see the stallions that are already licensed and showing. Since we had the “in” we were at the VIP table reserved for the USA, so our seats were literally ringside. No joke, I got both dirt and horse slobber on me at various points during the weekend. The true mark of great seats. 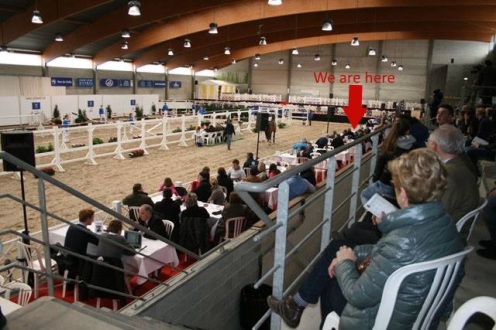 There were a total of 40 stallions being presented for approval, ranging in age from 3 to 6. Saturday morning kicked off with in hand presentations, followed by free jumping.

Then the stallions that were 4, 5, or 6 years old came out and did a jumping round under saddle. They showed against the already approved stallions of those ages, in classes divided by age, much like our young jumper classes are here in the US. These pictures are all from the 4yo class: 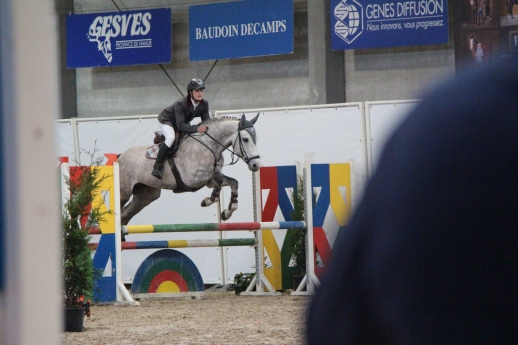 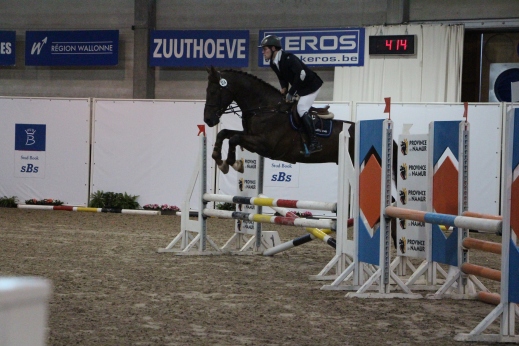 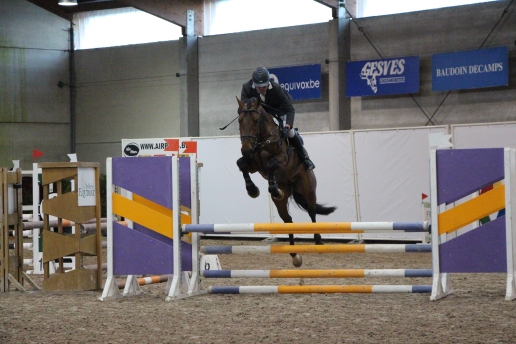 One of the best parts of being VIP is that you get free champagne and vouchers for the food. And we’re not talking sandwiches here, we’re talking awesome catered meals. It was, no joke, some of the best food I’ve had in a long time. The desserts deserve their own shoutout too.

On Sunday they free jumped the 3yo’s again, then announced who had made the cut. As you can see from the short “approved” list, most didn’t. These guys are very selective.

But the ones who did make the cut were all really nice young horses. After the new approvals were announced it was back to horse show mode, with more classes for 4, 5, 6, and 7yo stallions.

Being a good little tack ho, I did keep vague track of what I was seeing tack and apparel wise. Samshield definitely ruled for helmets, and I saw a LOT of Animo coats and breeches. It seemed like every other horse was in a CWD breastplate, but the saddles ran the gamut of mostly french brands. I did notice three Ogilvy pads and one Ecogold pad, although most were sheepskin types. Stirrups were almost all Jin, Freejump, or Royal Rider. Also the overwhelming majority of the horses were in simple snaffles. It also gave me the warm fuzzies to see so many Horse Pilot jackets, a french brand I mentioned on here a couple times last year. They’re beautiful in person.

Unfortunately we had to pack it in before the 7yo’s started so we could make the train to take us back to Brussels, but by then my butt was pretty tired of sitting anyway. If you’re really interested you can go back and watch the entire selection show here: https://www.clipmyhorse.tv/en/archive/detail/1045/all/sbs-selection-show and probably catch glimpses of us in the crowd, most likely drinking and eating.

I really want to thank sBs for their hospitality – they were all super friendly and showed this American a really great time. It was also fun to get to mingle with some of the most successful breeders in Europe at dinner, and I admit I giggled a bit at how fascinated they were with the American Thoroughbred. They looooved looking at pedigrees, and they were very willing to share their knowledge about their own native bloodlines. It was such a wonderful experience and I learned so much, plus fell completely head over heels in love with Belgium along the way. Not kidding at all when I say I could totally live there.

À la prochaine, Belgique! I’m already trying to figure out the next time I can go back… maybe if the SO is good he can come this time. 😉