On Saturday evening after Jersey Fresh I was chatting with a few different people about the tragic accidents that had occurred that day. Everyone I talked to had opinions, which varied both in intensity and subject matter, but when they asked me for my own thoughts I really struggled to put them into words. It’s easy to know how I FEEL about it; I’m completely devastated and heartbroken for the family and friends of Philippa and for the owners and connections of Ouija. But feelings are one thing and thoughts are another.

My honest answer at the time was a very dejected “I just don’t know”. Two lives were lost on the same cross country course in one day; one equine, one human. That’s as bad as it gets, truly the darkest kind of day for any sport. But at the same time, it’s my sport, the sport I live and eat and breathe. Your knee jerk reaction is to defend it to it’s critics, but this day was pretty indefensible. I spent the whole weekend mulling it over.

I believe that having horses and riders die on course on a regular basis is totally unacceptable. I can’t comfortably stand beside the people saying “at least she died doing what she loved”. While I don’t disagree with the sentiment, to me the words feel a bit empty, a bit naive, and somehow seem to lessen the enormity of exactly what was lost. Don’t get me wrong, if it’s my time, I’d rather go out doing something I love. But that doesn’t mean I want to die at a competition in a rotational fall that could also kill my horse and would undoubtedly leave permanent scars on the psyche of everyone unlucky enough to witness it. On the other hand, I also can’t join in with the people that are lambasting eventing in general, saying that it’s too dangerous and the sport – especially the cross country – needs to end.

I truly love and believe in the sport of eventing. Call me an optimist, but I think there is a middle ground here. There is a way to keep the sport intact and true to its roots, and still make it safer. I don’t know what that is, obviously none of us do yet, but I have 100% faith that it exists. I also have 100% faith that we can find it.

Note that I said “safer” and not “safe”. This sport will never be safe. No horse sport will ever be safe. There is an inherent risk involved any time we choose to be around or throw a leg over the back of a very large animal with a mind of it’s own. There is simply no way to prevent every single accident, and that’s something we just have to recognize. But we certainly can make improvements to minimize the occurrence of them, and the severity of them when they do occur.

I have seen a lot of comments on Facebook and horse forums saying that the “powers that be” in eventing, specifically the USEA, have continually turned a blind eye to the fatalities. Setting aside the fact that JF was an FEI event, I still don’t think that’s a fair statement. Studies, reports, and data-gathering have been happening for years. In most recent memory, USEA has been trying to raise money for a collapsible fence study. 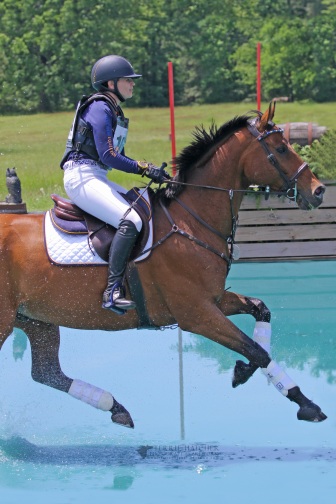 The first question is “Has any of it made any difference”? In some ways no, obviously people and horses are still dying. In some ways yes, we’ve seen frangible pins help prevent countless possibly serious accidents. The next question is “Are we doing enough”? Personally, I don’t think so. But I also recognize the fact that a lot of it comes down to funding, and the fact that studies take time. So do solutions. Changes take even longer.

This is a multi-faceted problem; finding the answer is going to be incredibly difficult and ongoing. In order to fix the problem, first we have to understand what’s happening. No small task when every single fall has a completely different set of circumstances surrounding it and completely different things that possibly could have been done to create a different outcome. I don’t think there is only one answer; I think there are several. We just have to find them and put it all together.

That brings me to the next line of thought: what can I do to help? I’m not a scientist, I’m not an engineer, I’m not an upper-level rider, I’m not a course designer. I personally can’t fix this problem. But I do know one thing: change requires money, and I’m 100% capable of controlling where mine goes. Really want to help the sport of eventing? Let’s support the organizations, the events, the venues, the officials, the course designers, and the course builders that are dedicated to making everything safer for horses and riders. Let’s give constructive feedback to our governing bodies. DONATE TO THE STUDIES. If we really want to save our sport and help make it safer, let’s figure out what we can do to help, educate ourselves, and put our money where our mouths are.

There are a lot of people out there screaming that something has to be done. Unfortunately, that’s all most of them are doing – screaming.  If all the people screaming and arguing on social media were willing to donate even just $20 to a safety study, how much better off would we be? How much more could we accomplish?

To those who look at the tragedies of this weekend, or really this whole year so far, and say “never eventing” – I get it. Once the fear of something overcomes your love for it, it’s no longer the right thing for you. This isn’t the right sport for everyone. Horse sports are already risky and this is perhaps the riskiest one. But I still love it, my horse still loves it, and I’m not ready to give up on it. For everyone out there who feels the same way, I ask you – what are we going to do about it?