So, I didn’t intend to leave you guys hanging on Friday. It was working out pretty well to where I’d get back to our accommodations in the evening, I’d put up a blog post, and the time difference would make things line up just fine.

What happened Friday? Well, it was the first day that we were at Bundeschampionate, for one. And we met up with Gerd, the breeder of one of Michelle’s mares, who had a horse competing there in the dressage. Like pretty much everyone else we met along the way, we were fast friends, and he quickly took us under his German wing. Mostly at the wine bar. Germans plus alcohol… can you see where this is going?


For most of the day we were on our own while Gerd was with his horse, so we spent a long time hitting up the trade fair (omg, it seriously rivaled Rolex) 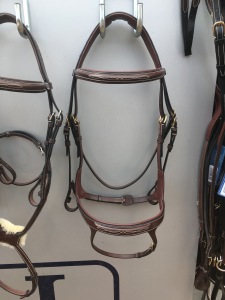 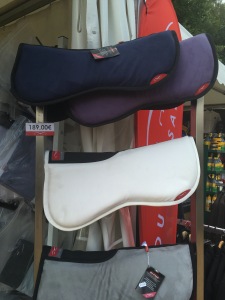 then watched a little bit of everything – jumper ponies, jumper horses, XC, and dressage – and got ourselves oriented to the facility. There were A LOT of rings and a lot going on.

I have a lot of opinions about the 3yo dressage stallions we watched, but I don’t think any of us have the time or energy for THAT particular rant right now.

At the end of the day we rendezvoused with Gerd again, expecting a quick little chat in the ringside tent over a glass of wine. Ah, that’s cute. Somehow it morphed into a 6 hour wine bar extravaganza where we made a whole lot of brand new German BFF’s and somehow ended up at the rider’s party, which was complete with some serious lights and dance music. Oh, and currywurst, which is super good at midnight with some pommes. The things you learn at BuCha.

Long story short, this is why no blog post on Friday, since we ended up being at BuCha for like… 16 hours total. The next morning was painful too, so I just didn’t have it in me. We learned really quickly that we cannot keep up with the Germans.

But hey, how often do you get to hang out with a bunch of REALLY good breeders (and riders), IN Warendorf, AT Bundeschampionat, drinking wine and attempting to speak some really broken German? The lost sleep was totally worth it.

Oh, and what did I get at the trade fair? 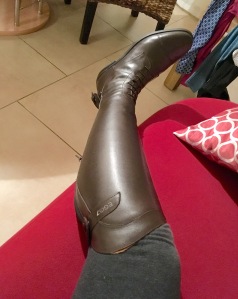 Exactly what I was looking for! Henry got some fancy leather bell boots, too… he’ll model them soon.

14 thoughts on “Epic Europe Adventure Part 4: what had happened was…”