Today we’re headed out bright and early for Texas Rose Horse Park! I haven’t been back to Texas Rose since the 2015 AEC’s, so I guess you could say we’re well overdue. To be honest I had kind of planned to avoid the place for a while longer, because the courses are beefy, but this was my last option for the year so here we are. If I don’t vomit and/or crap myself at some point over the weekend, we’ll call it a win.

I wavered about entering Training Horse or Senior Training Rider, ultimately settling on STR. Of course, that means that there are 17 in my division and only 7 in TH. Isn’t that how it always freaking goes? I’m gonna have to figure out a new 2018 goal because AEC qualifications clearly aren’t happening. The perk is that I’m one of the first out on cross country on Sunday morning, so at least we’re done early and can get home before dark.

The weather looks like it will be fantastic, too, aside from the fact that I might get rained on during XC. Warm enough to not be miserable, but cold enough for Henry to wear his Back on Track sheet at night. Perfect! I’m actually looking forward to running a Training course when it isn’t balls-hot. My horse feels so much better when he can actually breathe.

On Monday he had his electroacupuncture appointment, and then I clipped him again for like the 9000th time. Really I’ve been clipping him every couple months all year, trying to help him handle the heat better. Now that the temperature is starting to drop a bit I waffled a lot on which kind of clip to do. I much prefer a hunter clip for showing, and that’s what he’s been getting in the warmer months, but I really liked how the Irish worked out for us last year… I didn’t have to worry so much about whether he was getting blanketed appropriately. I was still on the fence until I was standing there holding the clippers, then practicality won out. He might look a little goofy at a big recognized show, but I prefer that over worrying about whether he’s cold all the time. Especially since he’s the type who swears he’s freezing to death when it’s below 60 and boiling alive when it’s above 80. Plus we’re still kind of at the point where what kind of clip he’s got is like… the least of our horse show problems. 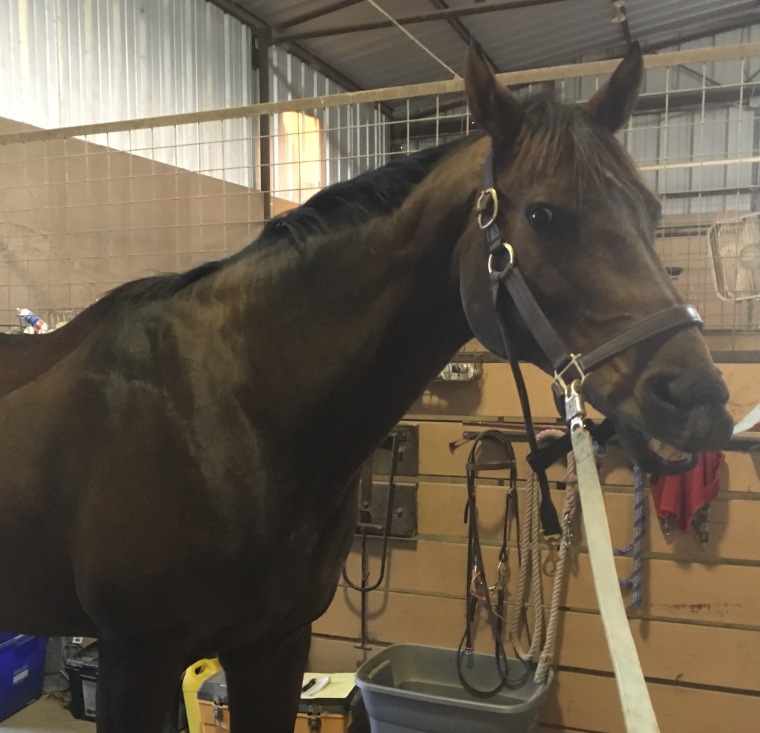 On Tuesday the farrier came out to drill and tap Henry’s shoes. We’ve been doing that all year but I guess last time they forgot, or maybe thought the season was over. Either way, I had no holes in which to insert studs. That’s a problem. Henry feels way better studded at this level, so I had to have the farrier come back out, pull the shoes, drill and tap them, and put them back on. Yep, I’m that high-maintenance client. Don’t worry, he makes plenty of money off of me and my every-5-weeks-on-the-dot horse. I still felt kinda bad, but pony needs his cleats. 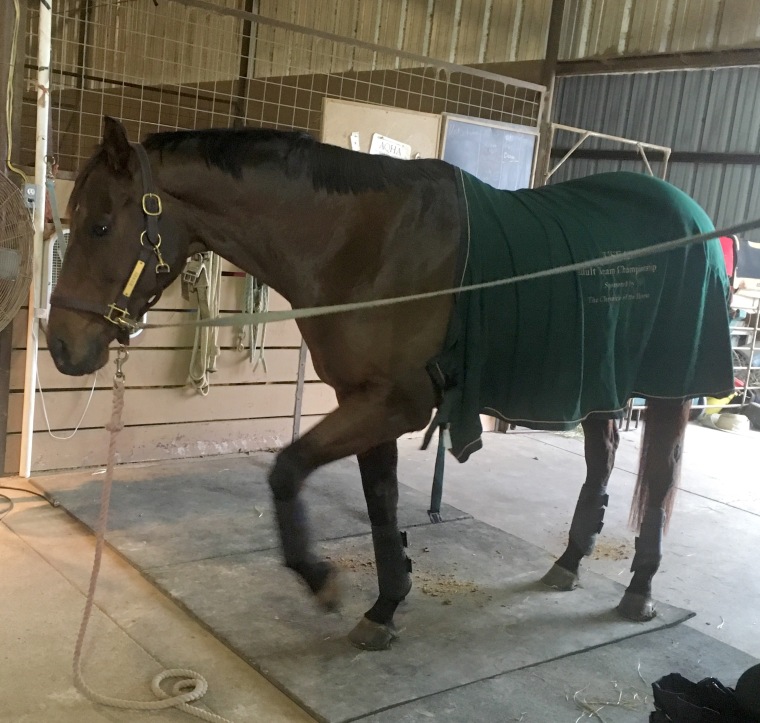 I’m hauling up and staying with a friend this time instead of taking my own rig and camping, so that’s kind of a weird change. I’ve gotten so used to the routine of packing my tent and camping supplies that I felt a little bare last night when I was looking at my pile of crap. Hopefully I didn’t forget anything important. YES I GOT MY SADDLES.

Bobby has already declared his intentions to stalk me all weekend, so I’m sure that if nothing else I’ll have some good stories come Monday. Have a good weekend everyone!