Pretty bummed to be missing Not-Rolex (how long will it take my brain to reconcile the fact that it really ISN’T Rolex anymore? I dunno, years probably.) this year. For the American eventing community, this is basically like Christmas level of importance. But better, because there are horses and bourbon chicken. If you’re going, please note that I’m really jealous. Also if you see anything in the trade fair that I need, send it to me. No please don’t. But yes, definitely do.

But just because I won’t be there doesn’t mean I won’t be watching. I already had a USEF fan membership, so I’m geared up and ready for the USEF Network live stream, but if you don’t have one and want to watch, you can get a FREE fan membership with the code LRK3DE. Get it. Watch. It’s worth it. Then you can commiserate with me about how sad you are to not be there in person while still cheering on your favorites.

And even though I won’t be meandering through aisle upon aisle of vendors myself, I’ve still had my eye out for some specials and deals and must-visit vendors that will be happening over in the trade fair and sponsor village. Cuz ya know… it’s… applicable? I’m always interested in specials and deals. Especially when some of those specials and deals will also be available ONLINE for those of us who aren’t attending. 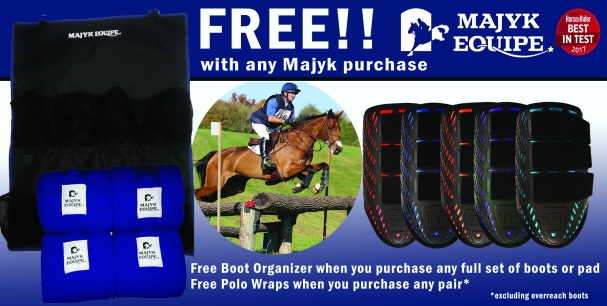 The first (and ok I’m biased – best) notable deal is from my friends over at Majyk Equipe. No I don’t work for them, no I’m not an ambassador or anything, I’ve just been a ME fan from the very beginning, love their products, and have yet to be disappointed by anything I’ve had from them. Just so happens that they always have some really awesome LRK3DE deals too! Majyk will be at 4 different booths: Horseloverz, Smartpak, One Stop Equine Shop, and Wise Choice Tack, and the promo stuff this year is awesome! Polo wraps or a boot organizer – both super useful. 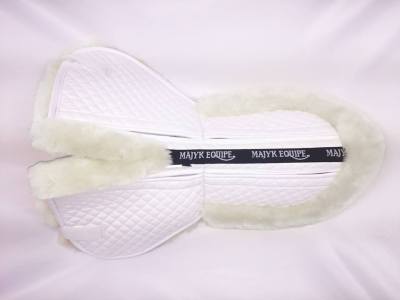 They’ll have their new pad line available, too. Great opportunity to see the new products and get some useful free stuff (no dinky keychains here) with purchase. They’ll also have two raffles running this year – one for the boots that Boyd will be running XC in, and one for a Luxury saddle pad. LRK3DE goers, stay tuned to their Insta and facebook for details on those, as well as other giveaways and flash specials.

For those of us that are stuck at home, some of the same promo deals will be offered through online retailers as well, including Riding Warehouse. I’ll post details on those as soon as they’re available. Either way, don’t think your credit card is safe just because you aren’t going to LRK3DE. I’m here to make sure of that (if I’m going down, I’m taking all of you down with me).

One of my other favorite booths last year was Devoucoux. Not just because it smelled divine (ok that was mostly it) but also because Cambox was hiding in there. It’s still one of my favorite gadgets so if they’re there again, go check it out. I didn’t have enough in my spending budget last year to actually buy anything from Devoucoux though, which was too bad because they had an awesome prize wheel that you could spin to win additional stuff, and it looks like the prize wheel will be back again this year too! It’s kinda like crossing The Price is Right with a tack shop. I’m into it. Also the person who finds a Devoucoux jump pad for me is my new hero. 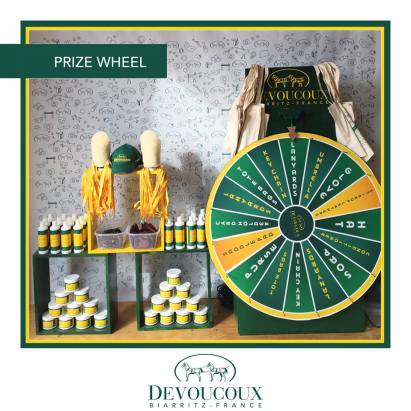 Ride Heels Down is giving away a free gift to anyone who shows up in their booth wearing RHD apparel. The owner of this company is a fellow amateur eventer, so it’s a really fun one to support. Her designs are cute and affordable, if you’re looking to do some lower budget shopping or pick up a gift for a friend. Don’t own anything from them yet? You can share their Insta post to get a free gift at the event, too!

For the thoroughbred lovers out there, the Retired Racehorse Project is having a 10% off sale in their booth. I picked up a couple shirts from them last year and still love them, plus it’s another cause/company that I really don’t mind giving my money to. You just gotta rep that OTTB pride sometimes, and even better if you can do that while also supporting RRP. 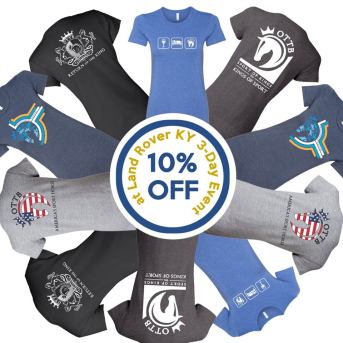 And last but certainly not least on my must-visit list, make sure you swing by and say hi to Pam at Mango Bay. Pam has always been a great supporter of my adventures, Presto, and this blog, and she’s always so incredibly generous with her time and donations to worthy causes. Plus – cute shirts and belts and shirts that are very affordable. What more do you need? 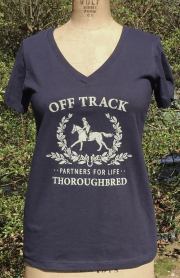 There are lots of other vendors having specials and giveaways and raffles, too. I’m sure there will be a million shopping guides on social media, I just really wanted to mention my favorites, especially the smaller companies, since they can kind of get lost amidst all the other chaos.

To everyone that’s going – have fun, take lots of pics, eat lots of food, and buy lots of stuff! Everyone that’s stuck at home like I am – enjoy the free live feed, and don’t think you’re escaping unscathed from this whole shopping extravaganza… I’m not done with you yet.