Eventers – we are an eclectic bunch. Spend a day standing out in cross country warmup and you’ll see every color of the rainbow, sometimes all on one horse, and probably at least a little bit of glitter. Coming from h/j-land it took a little while for my eyeballs to get used to this, but now I can’t help but appreciate it. I’m a firm believer in the “this is supposed to be fun” aspect of horse showing, and if decking yourself out in head to toe hot pink for XC makes you even a little bit happier, I say go for it. It might not be to my own personal taste, but you have to appreciate the individuality of it, especially in a sport that is otherwise so traditional and boring. Plus, like… if we’re being forced to do dressage and stadium, I fully believe that we’ve earned the right to wear whatever the fuck we want when we get to cross country and are galloping at solid fences.

I’m a much more boring person when it comes to color, with a deeply ingrained love of navy, but I’ve tried to inject at least a modicum of fun into it. Like, you know… little bits of yellow. Give me some credit, that’s a lot for an aesthetically dull person. Nothing makes my heart happier than a nice crisp, clean, contrasting navy and white. Just like half of the entire eventing population these days, apparently. So I added the little touches of yellow to at least try to be 5% different from the masses.

While I don’t think I’ll ever break from my love of a relatively sedate color scheme (Presto’s colors are navy and dark green, so…), one “out there” thing that I’ve always secretly kind of liked are pompoms on XC helmet covers. I don’t know why, I can’t even explain it, but there’s just something about a pompom that says “I’m here to party”. They were pretty popular way back in the day, and while they never really seemed to go out of style in the UK, you don’t see them here very much anymore.

I’ve always kind of thought that there are two unspoken rules for pompom wearing:

2) you must be a mothafuckin badass.

I have a few friends that rock the Pom and they are most decidedly the latter. They’re are definitely 100% here to party AND they don’t give a flying fuck what anyone thinks. They’re serious about what they’re doing, of course, but they never take themselves too seriously. Those are the people I want to hang out with, almost without fail. Is it the Pom that does it, or is that particular personality type just attracted to the Pom? Is there a club that I don’t know about? How do I apply for membership? Is the first rule of Pom Club that you can’t talk about Pom Club?

I admittedly have serious doubts about whether or not I am cool enough to rock the Pom. A unicorn stock tie, sure. No one can really see that. But a pompom… that’s some next level shit. Everyone can see it. From real far away. You gotta be super secure about your badassery as a person if you’re gonna rock one of those as an adult, because there is nothing subtle about it. But lately I’ve stared with increasing jealously at other people’s Poms, and blurted out a weird and I’m sure exceedingly creepy-sounding “I LOVE YOUR POMPOM” anytime I see someone wearing one.

Although I’m still waffling on a bit on whether or not I can actually pull it off, Trainer did grant me official permission to wear the Pom. I have it in writing, so is that enough to get me into Pom Club or do I need more references?

And THEN, once you decide that you ARE brave enough to let your freak flag fly and wear the Pom, how do you pick one? Do you go for a small one or a big one? A yarn one or a fur one? How the hell do you pick a color? 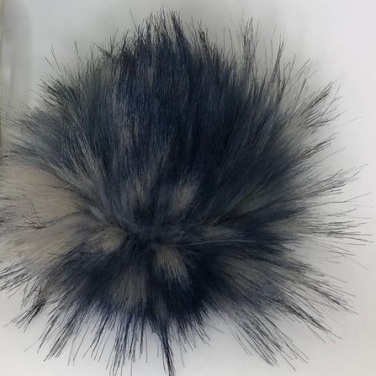 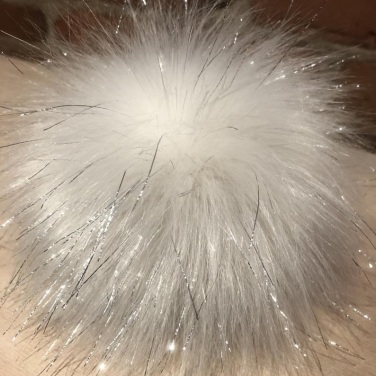 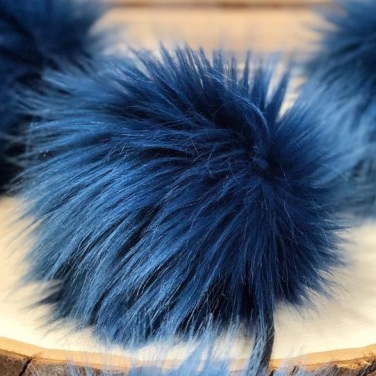 They even make helmet covers with changeable poms, so you can switch it around depending on your mood, or even take it off entirely if you wuss out. This is the most attractive option to me, although they all come in color sets and I don’t like any of the sets. Still, I’m sure the idea could be easily modified for a DIY version of changeable poms with my existing helmet cover. 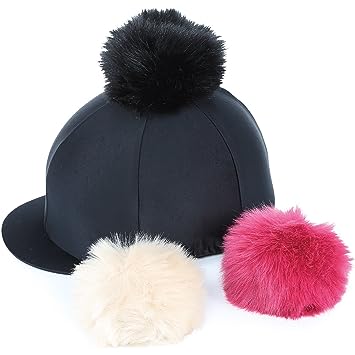 I’m not very cool, but am I cool enough to rock the Pom? I don’t know. Jury’s still out. But, um… anyone know where I can find a Pom Club application?