Which day is the best day? Cross country day! The whole point of coming to Burghley is to see the biggest toughest XC that exists in the sport, and this year’s course certainly lived up to that reputation. Burghley is no freaking joke.

We started our day at the Leaf Pit, camping out there for a couple hours before the start to make sure we got a prime spot. We came equipped with mimosas and cheese and crackers, so we were happy. We watched the riders doing one last walk, plotting their lines and cementing their plans. Oh, and Michelle went back to grab a few more things for us (and other people) at the trade fair before the start, because that pile of stuff we had already accumulated on the living room floor of the Airbnb wasn’t big enough yet I guess. I’m proud of us, it was beautiful.

Soon enough the first horse was on course, and I was pretty freaking excited to be sitting at the bottom of the Leaf Pit, one of my favorite jumps in the sport, on a beautiful Saturday morning in England. That drop is so big, and the landing so downhill. We watched the first four horses hop through like it was a gymnastic before packing up and moving along the course. Our plan was to watch a handful at each of the major fences/combinations. Which… on this course was kind of all of the them. 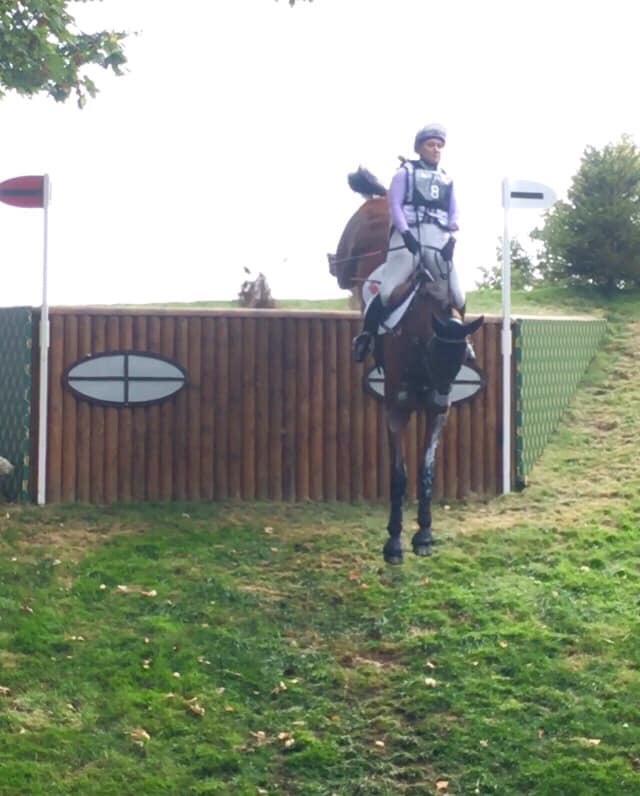 The crowds were CRAZY, like multiply Kentucky by at least 3 and there you go. But it was surprisingly easy to get right up to the ropes, since almost everyone was traveling around the course from jump to jump like we were. All the pics in this post are from my very shitty cell phone camera, to give you an idea of proximity. I could have reached out and touched the horses a few times. 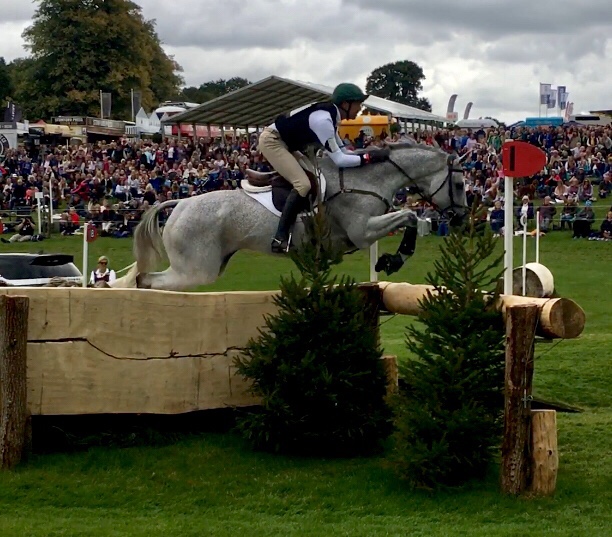 We watched a few go through Discovery Valley, and once Will had gone with Tight Lines, we moved along again, this time to the Trout Hatchery. One iconic fence after the other. We watched a few there, which had varying success. This was a course that definitely needed to be attacked confidently, and we were already seeing some horses that looked a little overfaced and some riding that wasn’t nearly positive enough. We stayed at the Trout Hatchery through Andrea Baxter, then moved along to The Maltings.

Those big open oxers and corners at the Maltings were definitely my least favorite on the walk, but I figured we might see a lot of people opting for a longer route. There were lots of options at that combination aside from the very difficult straight route. But no, most tried to ride it direct, and that didn’t work out so well for many of them. Almost everyone who had a problem, you could see it coming from at least the first fence of the combination, if not even earlier. Or they didn’t make the right decision in the line from the oxer to corner and got there on a half stride. I hate open corners and always will, but thank goodness for the frangible pins. We saw them break 3 times just in the first 6 horses we watched come through.

After that we moved along again, to the Rolex corners. We only saw a couple come through there, because everyone was getting caught out at either the trout hatchery or the Maltings. So we kept going along the course, stopping a couple more places along the way to watch a rider come through, before finally making our way to the Cottesmore Leap at the farthest end of the course. Where we sat for like half an hour and only had one horse make it that far. And then Liz hopped over that giant death trap like it was no big deal, and it was super anti-climactic. 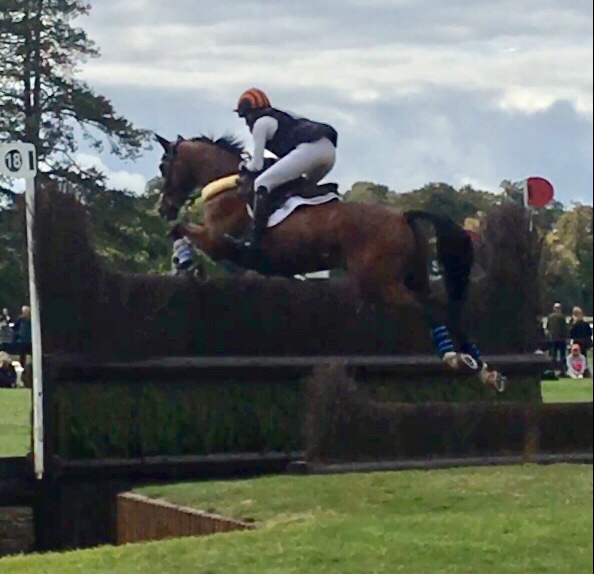 By this point after listening to the announcer and getting an idea of what was happening, we figured that if we wanted to actually see anything, we should go back to the Maltings. So we hoofed it way back there, stopping along the way to watch Chris Talley come through the Rolex corners. 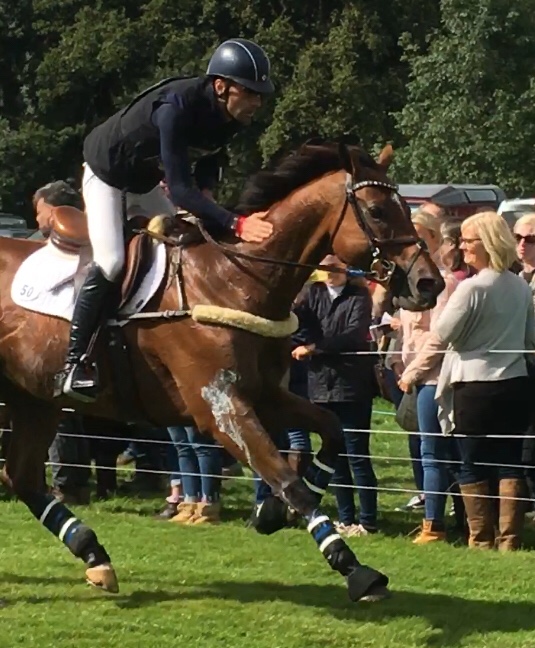 Then we just parked ourselves at the Maltings for the rest of the day, down by the big open corner of the direct route. From that angle it was easy to see exactly where things were going wrong for people. So many just made a bad turn from the second oxer to the corner. It seemed like the USA folks had mostly decided to go a slightly longer route, turning right after the second oxer to a different corner off a longer approach. It still caused it’s fair share of carnage, and I was kind of surprised to still see so few people opting for the easiest longest route. We only saw one. Therefore we also saw a whole lot of fence repair when people missed or tried something they shouldn’t have, and inevitably went crashing through yet again. It was a treat to see Gemma and Pippa and Ollie and Tim come through though… they made it look so easy. All class.

Burghley has always been a dream event for me, and it definitely did not disappoint. We had a great time, and WOW it is truly next level. I was sad to walk out of those gates after XC, not really ready for it all to be over. I’m not sure any other event will ever compare.

We had a total freaking blast, that’s for sure. And bought a ton of shit. For once I think Bobby bought as much if not more than I did. I have some pride in that. My job here is done.

On Sunday we packed up and left Peterborough to head back to London, and Bobby parted ways with us. He headed home, and we got on the Chunnel train to Paris. We were able to watch the showjumping on the train, so that worked out great. From Paris we rented a car and headed west, ending up in Le Mans for the night. Today we start the stallion and foal part of the trip, and I’m super excited.

Michelle got some really awesome Burghley photos on her camera, which we’ll upload when we get home. Here are some sneak previews though, with me just taking a picture of the camera’s view screen.