I’m most definitely not a vegan. I could live without meat, no problem, and don’t generally eat that much of it, but the dairy… it gives me life. There is no point in living if I can’t have queso. The SO kinda sorta pretends/tries to be vegan (he’s watched waaaaaaay too many netflix documentaries if you ask me), but he like eggs, so he’s not particularly successful. Mostly he’s vegetarian, although he will absolutely 100% finish whatever I don’t eat, even if it’s meat. Still though, sometimes he comes home from Whole Foods with some type of godawful vegan cheese hoping it will be the holy grail, which is always 100% insulting to me as a turophile. And our relationship almost didn’t survive the vegan bacon that was actually coconut flakes.

But, if you want to be vegan, I fully support that. You do you, I do me. I totally understand the appeal of the lifestyle. I have a few friends that are vegan, and as long as you don’t preach to me about the evils of cheese, we’re totally good. I do wonder though… how do vegan equestrians go about finding equipment? There are a lot of animal-based products involved in riding, particularly leather and sheepskin/wool. For a long time your only real option was Wintec saddles, other plastic type materials for strapgoods, fake fleece, and rubber boots. Cringey.

Robert Dover released his Robert Squared line of “luxury” vegan bridles last year, although they were mega expensive at $500+. It was advertised to be eco-friendly as well as vegan, but there’s no mention of what material is actually used. The bridles no longer seem to be available on their website, and they appear to have switched to making vegan riding boots instead. Which, there are some really decent vegan riding boot options these days, with several brands now offering non-leather options, including Fabbri. What they’re actually made of seems to vary, but… definitely a hell of a lot better than those clunky old rubber nightmares or the really bad synthetics that would start to crack and peel after a few months. 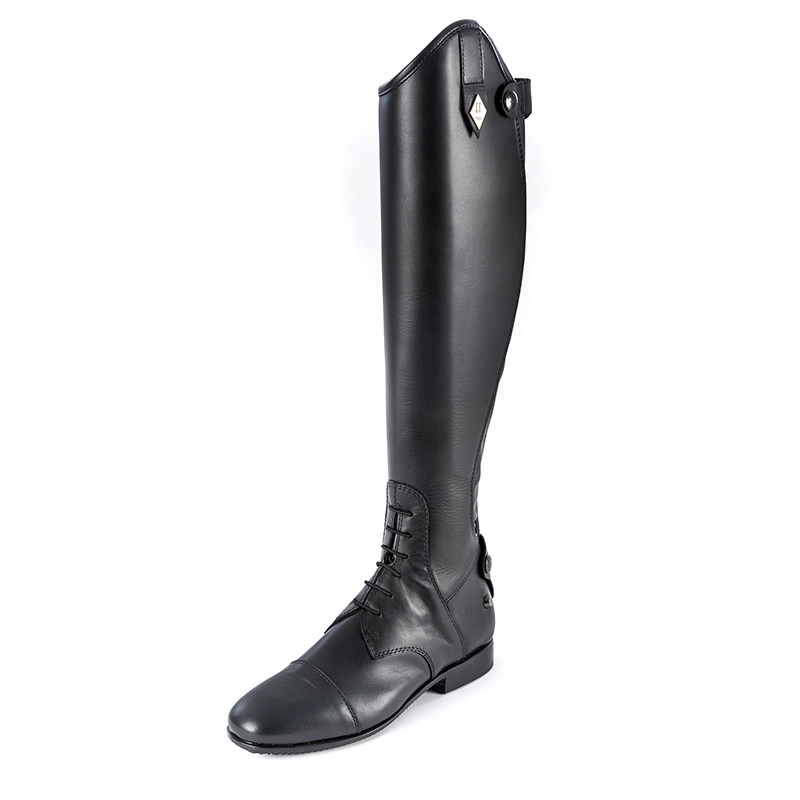 It seems like more and more of the bigger brands are starting to respond to the demand from the vegan equestrian market as well, as more non-leather options become available. Just this week Devoucoux dropped news of a new vegan option for any of their existing saddle models, the GT Option, which is made of… cork?

I don’t think it’s what I would choose personally, I love my french leather, but I am admittedly super intrigued by this. I’ve not seen anything like it before. How does it wear? Do you have to do any special care for the cork? Does it “break in” the way leather does?

Ironically the handbag I wrote about last week, that I got from Outfoxed, also has cork accents. It looks identical (aside from color) to the material on the Devoucoux. This of course led me to grab and examine the cork on my bag more closely, trying to picture it on a saddle. I can actually kinda see it. It’s almost got the appearance and feel of grain leather, although is missing some of the natural tackiness of leather.

I haven’t seen a price listed for the GT option yet, but from comments on social media it doesn’t sound like it will be significantly (if at all) cheaper. And while I don’t want one, my curiousity is hella piqued. A cork saddle is a new one for me. It’s not something I’ve ever seen before on a product like that, and I’m dying to know how it feels and holds up over time, particularly parts like billets. I fell down a major rabbit hole googling cork vs leather to learn more about it.

What do you think of the cork saddle? Are there any vegan equestrians out there that are using some of these leather alternative options?