No, we don’t have any new foals to debut for Foal Friday today. Stormie has been teetering on the brink for days now, and both she and Sadie look like they might explode at any second. At this point I think they might sneeze too hard and send a baby rocketing out.

I don’t think Stormie can hold out for a whole ‘nother week, so… tick tock. Hopefully we’ll have some confirmed pregnancies on other mares soon, too! Best season of the year.

Ok, on to what everyone is really here for: adorable bebes.

They’re playing together really well now. Oakley is still FOR SURE the dominant one in the relationship, but Remi isn’t scared of her anymore. Respectful, yes, scared, no. It’s very much a softie big brother/annoying little sister type of dynamic between the two.

Sometimes you have to stop and greet the fans, though. It’s part of the job.

Ok, back to the fun part.

But two things are still for sure: 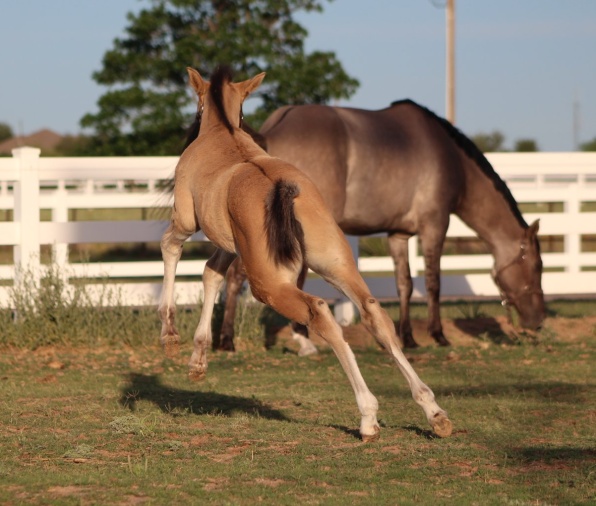 2. They’re both still super cute together

Happy Friday, everyone! Informal bets on how much longer until Stormie and Sadie give up their cargo?